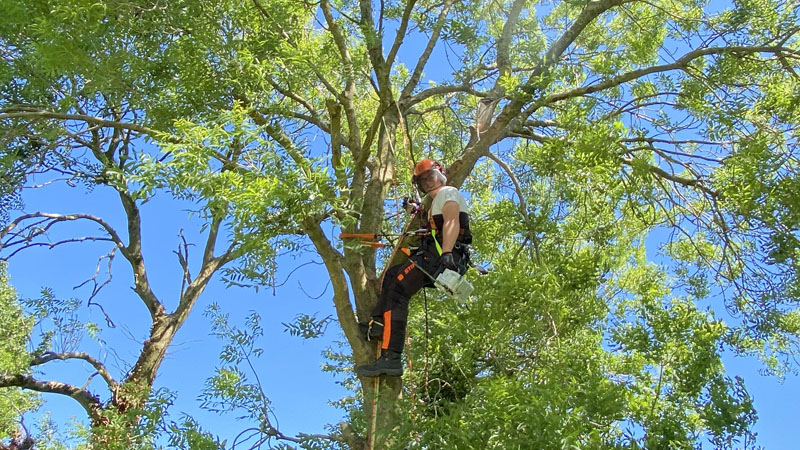 Devon Arborists – East Devon Tree Surgeons.
Whether you need a tree surgeon to trim a few branches or a complete tree removal, we are here to help you.
Call us now for a FREE no obligation quote. 07485 411618
EMERGENCY CALL OUTS 24/7

Let us take the strain of your hedge cutting.
No matter what size of hedge we can quickly and efficiently trim your hedge. 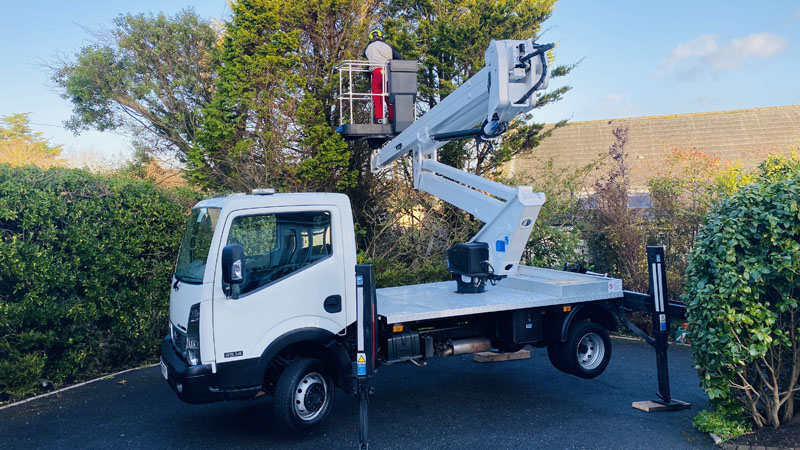 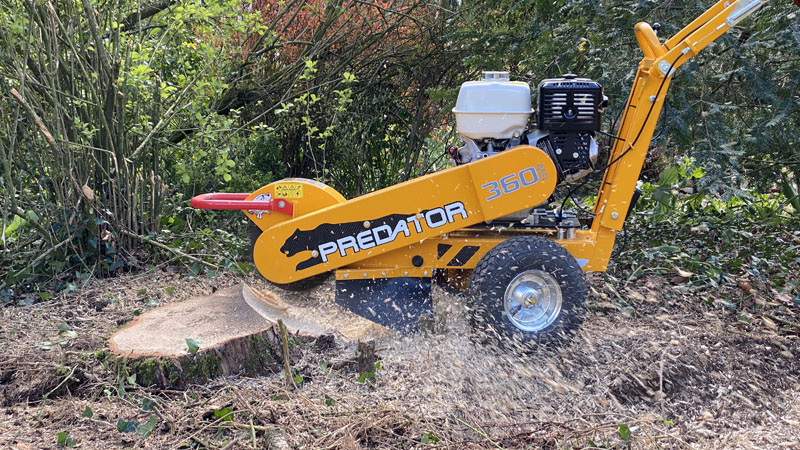 Remove unsightly, dangerous and inconvenient stumps in your garden. 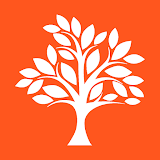 Katherine Charman
Absolutely exemplary service thank you so much Max and team. Friendly, professional, very tidy and extremely good value! It was lovely to meet you all.

David Morris
Good to have Max and the team deal with my fallen ash tree. Punctual efficient as always. Thanks.

Jan Marks
Communication was efficient, accurate quote, they arrived on time and were respectful of my garden and property. Great job and hardly a leaf left behind. Fantastic service will definitely use them again to trim my trees and very large hedges.

Aenne Meredith
Max and his team are a pleasure to have around for 3 days, very had working and leaving the garden very tidy. Highly recommend.

Pippa DAvies
Excellent service from Max and his team, cannot recommend enough. If you are looking for a professional team who work quickly and leave the site tidy, these guys will do you a good job. Always mindful of the customers needs, consulting throughout the whole process. A local business well worth supporting. Would not hesitate to use them again.

Maran White
Max and his team were so professional and worked very efficiently and professionally. The trees that they worked on now look so good. They also cleared some leylandii and ground out the stumps. It was incredible how well they cleared up the site afterwards too. I will certainly be recommending them to others

Elaine Curel
Max and his team pollarded a large Willow tree yesterday. It was done efficiently and without any mess left behind. They were courteous and I would have no hesitation in recommending them.

Penny Daglish
They turned up with all there equipment, and proceeded to prune our trees professionally. We are very pleased with their expertise, and left the site clean and tidy, we have also put them in the diary for next year and look forward to their visit again

Derek Lewis
Had a tree felled and stumps ground by Max and his team today, they did a great job. The work was carried out quickly and the garden tidied to a very high standard when finished. Great service at a reasonable price, I have no hesitation in recommending them. Thank you Max.
You can read all of our Google Reviews on our Google Business Listing
Devon Arborists Google Reviews

Personal Protection Equipment PPE Personal protection equipment is the very first item on the check list in any business involved with tree surgery or hedge maintenance. Every single job will involve tools and machinery that can injure and possibly cause a much worse outcome. If a tree surgeon or hedge contractor arrives wearing jeans, tracksuit bottoms or trainers you should be instantly...
Read More

Why Use Devon Arborists

Why Use Devon Arborists ? We pride ourselves on our totally professional attitude and customer service, we are focussed on all aspects of our business from the initial enquiry to clearing the last leaf away. Not only do we have skilled and polite arborists but we have an effective and efficient behind the scene team. Our phone will always be answered, your enquiry dealt with quickly, normally in...
Read More

What Shape Is Your Hedge

What Shape Is Your Hedge ? This post was inspired after visit to a prospective new client this week, the hedge in question was on a long private drive, a mix of Laurel and old Privet, the hedge had been professionally maintained, however the top had been allowed to expand and in places was now falling out over the drive. So, the shapes, V, H, A. It is vital that hedges are maintained and trimmed...
Read More

Conservation Areas and how it affects tree works. If your property or tree of interest lies in a Conservation Area there are planning restrictions as to what works may be carried out, this can also affect hedges. These restrictions are in place to protect areas of importance or amenity value, normally they are around historic parts of towns and villages or areas of great beauty. These planning...
Read More

Which Areas Do You Cover

Our geographical area extents to Charmouth in the East, extending down to around Teignmouth in the West and extends northwards to Crediton, across towards Tiverton and then over towards Chard in South West Somerset.

How Long Are Your Lead Times?

We aim to keep our lead times as low as possible, normally we can undertake larger jobs within approximately four weeks. If your particular job is smaller it is often possible to fit it in sooner than this.

We are working in the East Devon and Exeter area every day, so it is often possible to add smaller jobs to our work schedule.

Do You Take The Waste Away?

We always remove all waste unless requested not to, or there is a reason that we can not and this has been agreed by the client. An example of this may be working in an area that is a significant distance away from a vehicle accessible point. This is always agreed beforehand. This situation is very rare.

If we are removing trees, our clients sometimes wish to keep the timber for burning, again this is something that is agreed beforehand.

Our Property Is In A Conservation Area

Our house is in a Conservation Area and we need work doing.

If your property lies in a Conservation Area and you would like work on a tree you need to give your local council Notification Of Proposed Works. This is applicable to all trees that have a diameter of 75mm or more measured at a height of 1.5m, or if reducing the number of trees in a group for the benefit of the remaining trees, the size is slightly greater at 100mm at 1.5m. This situation is for thining trees in a copse or similar.

There are some exemptions to this however. The mainteance pruning of fruit trees. Works for a statutory obligation.

Hedges to some degree are exempt but not for all situations. Maintenance hedge trimming is fine. Large height reductions may need a Notification, or any significant work to a significant hedge of interest. For example, ancient Devon bank hedge row. Individual trees [ as opposed to trees that have been maintained at a set hedge height ] that make up a hedge row would also need a Notification given.

Giving the Notification gives the Council the chance to apply a Tree Preservation Order TPO if it considers the tree or hedgerow worthy of protection.

Exeter and East Devon both have large areas covered by Conservation Area status. We can check if your property lies in one.

Our Tree Has A Tree Preservation Order

If you have a tree protected by a Tree Preservation Order you must not have any work done to it without permission from the planning department of your local council. This includes “Just cutting back a few branches” as we are asked very often.

East Devon & Exeter both have large amounts of trees and areas that are covered by Tree Preservation Orders.

You can check to see if one of your tyrees or hedges is protected by a Tree Preservation Order by clicking the links below.

For East Devon you need to fill in the form, this will then take you to the Tree Preservation Order Map.

It perhaps should be noted that filling in the form will in our opinion alert EDDC to the fact that you are considering tree works. A Tree Preservation Order can be applied to a tree or area at any time.

We have access to the Tree Preservation Order map without giving property details.

There is often lots of confusion and misinformation around nesting season.

It is often thought that the so called “ Nesting Season” has fixed dates with hedge and tree works not permitted at this time, this is not accurate information.

Many people believe nesting season runs from the end of March till the beginning of September, these stated dates are only a guide as to when many birds may be nesting, and when the word “ Nesting” is mentioned it could be building the nest, at the point of laying eggs, sat on eggs, or young in the nest.

Nesting can actually happen at any time of the year, especially with pigeons.

Reputable tree surgeons will check for birds nesting at all times of the year, along with other wildlife, if active nests are found then works will need to stop, perhaps on part of a job or all of it.

Active birds nests are protected by law under the Wildlife & Countryside Act 1981.The main points which concern tree surgeons are as follows.

“Intentionally take, damage or destroy the nest of any wild bird while it is in use or being built.”

“Intentionally or recklessly disturb any wild bird listed on Schedule 1 while it is nest building, or at a nest containing eggs or young, or disturb the dependent young of such a bird.”

It is very common for tree surgeons to have a number of jobs either delayed or parts of the works delayed at this time of the year waiting for the nest to be finished with.

Ash dieback is affecting ash trees across the UK, a fungal disease that leads to rapid decline and failure of ash trees.
Ash trees that become infected, rapidly become unsafe, shedding limbs with the possibility of total failure.
Due to the nature of the disease, the tree becomes very brittle and unstable.

It is regarded in the industry that these trees should not be climbed for dismantle and removal, they should be accessed by the use of cherry pickers (MEWP – Mobile Elevated Work Platforms) or removal by machines.

We are able to provide removal for any ash dieback infected tree.