Wisteria causing a major problem in Heavitree Road Exeter. This Exeter business had an issue with Wisteria that had been growing up through a Maple for many years, ever getting bigger, thicker and expanding, with the poor Maple constantly growing upwards and to one side to try to escape.

The issue now was the fact that the Wisteria was starting to completely cover the street light. Property owners have a responsibility to keep street lights clear from any growth from their property. They must also keep footpaths clear for walkers, footpaths are classed as part of the highway.

With such a busy footpath below, along with the busy 2 lane, plus bus lane road and the bus stop access via a MEWP was not really an option. The decision was made to access it via ropes and remove as much of the Wisteria as possible.

Once all the growth was removed, plus any branches that were causing significant shading of the street light the tree was naturally rather one sided. It was decided to let the tree regenerate and potential further works may be considered in the future. 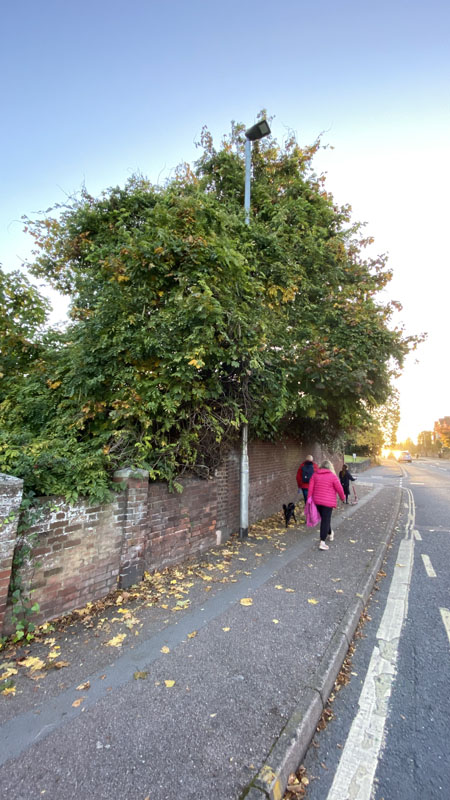 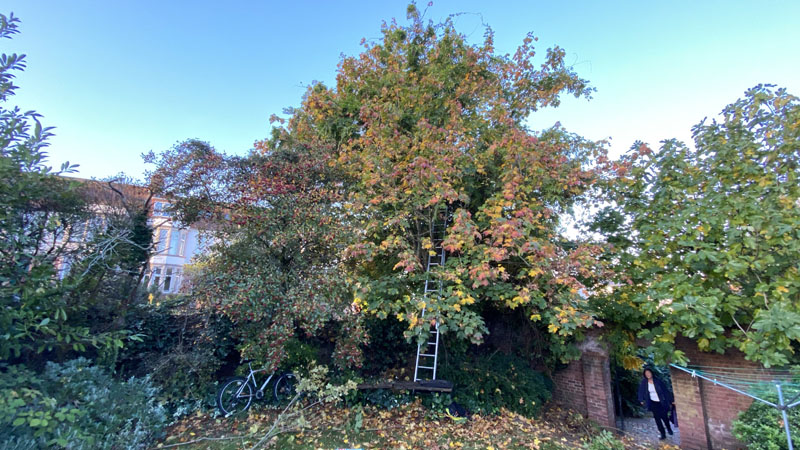 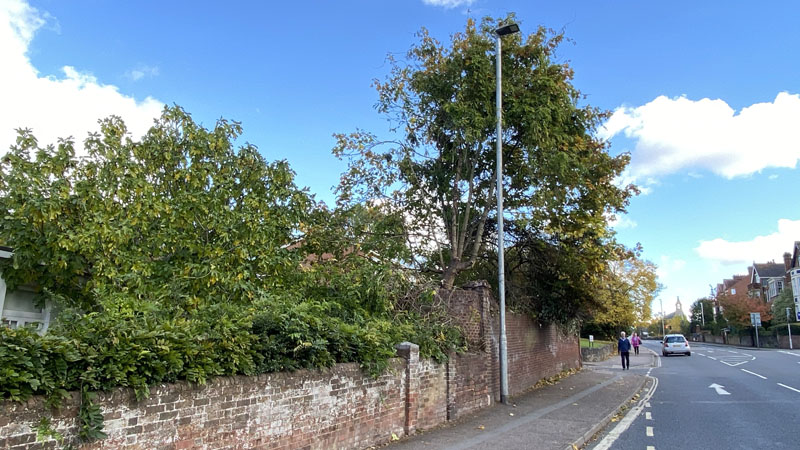 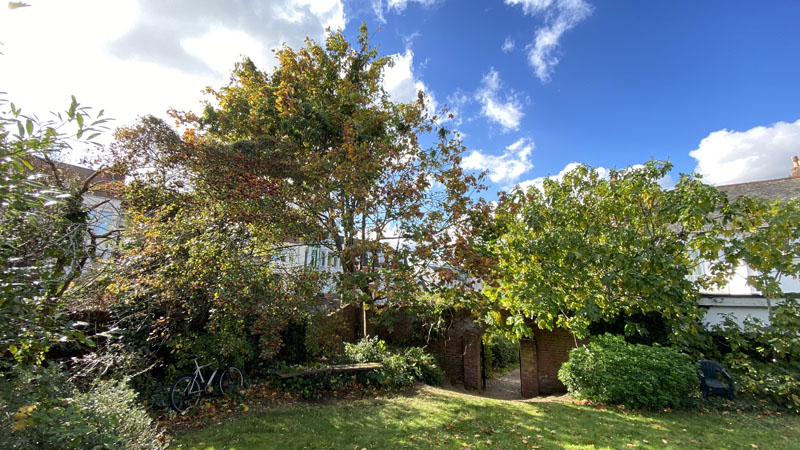 Chris Boyland
21:49 05 Jan 21
We hired Devon Arborists to cut down 16 trees in our back garden. The work was done promptly, and all the logs were... stacked tidily ready for removal (they even re-arranged their work schedule to get the work done as soon as possible). Max and team, were reliable, polite and helpful from the outset (with the added benefit of them supplying a free quote, we would recommend them to anyone looking to have trees or hedges cut in the local area).read more

Andrea Williams
07:48 05 Jan 21
Brilliant job here in Sidmouth, I absolutely recommend these gentlemen for a job well done. Excellent work - prompt... response, instant quote on site, attentive to my specific requirements; clearing dead trees, cutting back overhanging branches of large established trees, clearing overcrowded areas and cleaned up fabulously - garden and drive ! plus their quote was great value. I will definitely be using Max again, I can heartily recommend these hard working, polite professionals. Thank you for a great service, Andrea 🙂read more

Emily Wilkinson
11:09 04 Jan 21
Great service from start to finish. Work was very thorough whilst being careful and considerate. Very reasonably priced... too. I appreciate their work every time I look out of the window.read more

Sue Scott
16:59 21 Nov 20
Very quick response and work carried out to a high standard. Written quote from Max and his team, all extremely... professional. Have already asked for a quote for more work, delighted with this service.read more

Jane White
13:13 19 Oct 20
I did a search for a tree surgeon in Sidmouth and Max and his business Devon Arborists popped up. I called and was... instantly very impressed by his very professional attitude and polite manner.He visited my home and listened to my requirements, on the spot he gave me a fixed quote which he backed up in writing. The price was very reasonable.The work that he produced was excellent, in fact better than I had hoped. The area was left very clean indeed, I hardly saw a leaf left behind.Once again, excellent value and very highly rated.read more

Mark Latham
13:38 03 Sep 20
Just out of curiosity, whilst the team were working on a set of trees close to my house, I asked if it would be... possible to cut 4 thick branches that were overhanging my garden. Without hesitation, the task was safely completed, with the branches being shredded. I am so pleased with this work; it has saved me much time and effort. The team were very polite, efficient and professional. Many thanks for helping me out.read more

Alexandra Bullard
20:39 03 Aug 20
We are delighted with the end to end service provided by Max and his team. From initial enquiry to completing the work,... Max has been consistently responsive and highly professional at all times. The work was completed to a very high standard and our garden and surrounding area left immaculate. Thank youHighly recommendedread more

Yvonne Taylor
17:01 30 Jun 20
I am delighted with the work. They came very promptly, quoted a really reasonable price and completed the job in the... estimated time. My garden was left very tidy and they did a couple of extra small jobs for no extra cost. I thoroughly recommend Devon Arborists.read more

Jill Stone
18:55 15 Jun 20
Max has just carried out hedge cutting for me. He has done a terrific job, cutting in a very awkward location. He was... prompt, polite and cleared up beautifully.Very easy and friendly to deal with, not pushy in any way whatsoever. He has gained my future business.Thank You.read more

Sasha Green
08:23 10 Jun 20
Fantastic customer service from Max, so very helpful.He was done a great job cutting our grass and trimming back our... hedges.read more

Fiona Barrington
07:27 07 Jun 20
Wonderful job done.Can not recommend highly enough!Max did a brilliant job in our garden. It is a refreshing change... to find such a personable and diligent worker.We will be using his services again shortly and will pass his details to friends and our neighbours.Thank you Maxread more
Next Reviews

Based In East Devon